Buttons are small but play an important role in clothing manufacturing

Buttons are small but play an important role in clothing manufacturing

Buttons have a long and fashionable history. Many clothes were tied in ancient times. Most of them were knots during the Ming and Qing dynasties, and some of them were imported from abroad. In the early period of the Republic of China, there were copper and iron cast buckles, four-eye buckles, and buttons See the city one after another. After the liberation, bakelite buckles and copper skin riveting buckles were mainly used. With the reform and opening up, organic buckles, glass buckles, resin buckles, bakelite buckles, alloy buckles, cloth buckles and bamboo, bone, Buttons such as wooden buckle and chemical material simulation buckle have been listed. Thousands of varieties, various craftsmanship, and markets all over the world. Buttons play an important role in apparel manufacturing. Although the buttons are small and everyone needs them, in terms of health care, there are no conclusions about the advantages and disadvantages of the above buttons.

In recent years, the advent of gemstone buttons has not only added a new family of buttons, but also formed a new health concept. Gem contains stone material and various trace elements, and long-term use is beneficial to the physical and mental health of the human body. Its beneficial and harmless advantages to the human body cannot be replaced by any substance. The jewel button has good precision. The electronic money detection is Mohs' hardness & # 177; 7. The colorful button face meets people's pursuit of returning to nature, and adapts to the rapid development of the clothing industry. Gem buttons can be used as a finishing touch in clothing sales at home and abroad, giving people spiritual inspiration.

Doing a set of exquisite fashion, with a pair of gemstone buttons, adds brilliance to the beautification of life, really is the icing on the cake. The strong light effect of jewel buttons reflects various miniature pictures, has endless beautiful sceneries, endless poetry and paintings, and its culture and art can improve the quality of clothing and personal value. Its development prospects are broad and the market returns are constant. 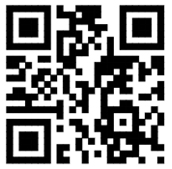